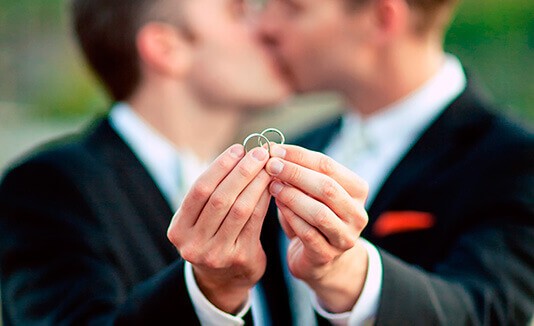 WEDDING RINGS AND THEIR MEANING

You have probably been to many weddings but, have you ever wondered what the rings mean?

In most rituals where two people are united in marriage, there is a moment where the couple exchanges alliances, commonly known as rings. This custom goes back several centuries before our time. The Egyptians and Romans began this practice long before Christ. Later it was adopted by the Jews and Christians for the conjugal bond.

The circle represents a shape with no beginning or end. At first they were made of leather, material that was damaged quickly, then were made out of iron. Now a days, most of the time are made of gold and silver, being materials of beauty, value, and durability. Inside, they can have the name of the loved person, and many times they have the date of their wedding.

Some people prefer their design to include a diamond. Since it is a material whose main feature is hardness, a natural stone that represents strength. What a better meaning for lasting love. In India it is believed that diamonds are an amulet to fight evil.

It is placed on the ring finger on the left hand. Romans began with the belief that the vein that goes through this finger reaches directly to the heart, organ that in many cultures is related with the feeling of love. Thus it became the ideal place to use it. The custom was adopted later by the Christians, and is performed in every religious union as a symbol of love and fidelity.

Now that you know its meaning, are you ready to say “I do”? Puerto Vallarta is one of the most popular gay friendly destinations in the world. What better scenario to get married in with a sunset background on the beach? Almar Resort Luxury LGBT Beach Front Experience has the ideal space. We want to witness your happiness!