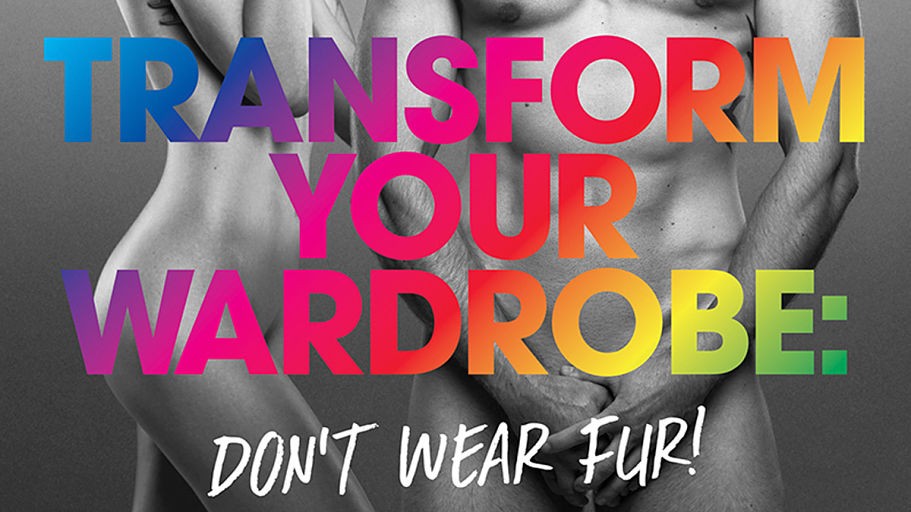 Whoever doesn't guard down in its fight against the use of animal skin on clothing is PETA, the international organization which this time shows two transsexual models in its most recent campaign.

Loiza Lamers and Benjamin Melzer are now the faces of “I’d Rather Go Naked Than Wear Fur”. People for the Ethical Treatment of Animals, better known as PETA; launched a sassy campaign with photographs and videos that show the models along with phrases like: “Transform Your Wardrobe – Don’t Wear Fur”.

Loiza was the first trans person to win “Holland Next Top Model”. and Benjamin is not far behind being also the first trans in being on the cover of the European edition of Men’s Health, the international magazine that always shows toned, healthy and handsome men. It is not the first time that these two world-famous characters work together, they previously campaigned for Diesel.

For PETA, both models did a photoshoot with the photographer Ray Depatti, showing off completely naked to go against the excessive use of animal skin, and so becoming the first trans models doing a campaign for this organization.

“Using the skin of a tormented animal which was electrocuted, beaten, drowned or scarified alive is cruel and creepy. There are so many free skin clothing options available, it is now easier to have a great look without having to kill animals. Animal skin has no room in nobody’s wardrobe. We encourage people to be compassionate and to leave it where it belongs: to the animals”, said Lamers. “It means everything”, said Benjamin in an interview. “How can we as members of the LGBTQ community want the world to recognize and respect us, while keeping and letting a practice so painful and inhumane to continue without saying anything? That makes us hypocrites. When you think about it, the trans community and PETA have many of the same goals. Love and respect must be for everybody. As simple as that”.

For the entire LGBT community it is prideful to see these two models working together. And even more when it comes to a cause against animal cruelty.

If you want to see the video, just click on the next link: http://ow.ly/GVvN30edVAd