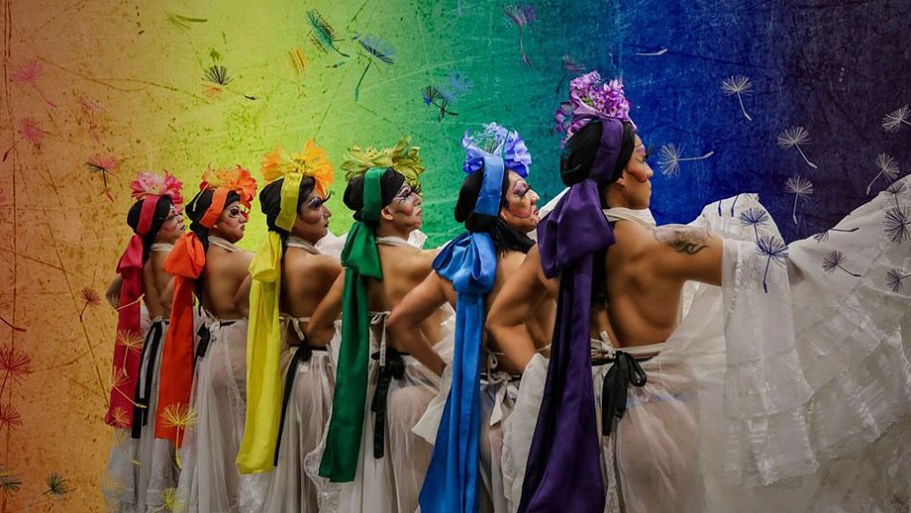 Mexico of Colors dances for the LGBT rights

With the aim of breaking rules around gender and sexuality, the dancing company Mexico of Colors is born, by a group of Mexican male dancers.

Carlos Antúnez, Director of Mexico of Colors; founded the company on 2011 and they have been 6 years now of breaking out, in front of a mostly conservative audience. Since the beginning, the proposal was to perform dances with a gay theme. He thought ever since, that only men could join to this concept.

Dressed with rebozos, skirts, headdresses and very theatrical make up, “Muñecas de Huehuetoca ” style, they come to the stage to perform a musical comedy show cabaret-style. With satire hints, black humor and dance inspired by the Mexican folklore, the show has been featured mostly in Mexico City, it has toured in bars, theatres and even had performances abroad.

Tolerance towards differences is what its Director Antúnez seeks to find in society, and he has found acceptance in every place in which they perform.

Letting a boy use a skirt, breaking rules and prejudices of such an orthodox society through dance is not an easy task. Besides, these talented young men dance without charging a single penny, they do it just for the pride of being Mexican, which means this is a project from the heart.

Of the 16 young men in the company, four of them identify themselves as heterosexual, anyone would think they are all gay because of what they do, but it is not like that.

Now, the goal of Mexico of Colors is to perform in mostly all the Mexican Republic, bringing culture and spreading a message that creates consciousness within society by telling them all human beings can live in harmony regardless of their sexual preferences or the gender that identifies them.

Photo by: Mexico of Colors