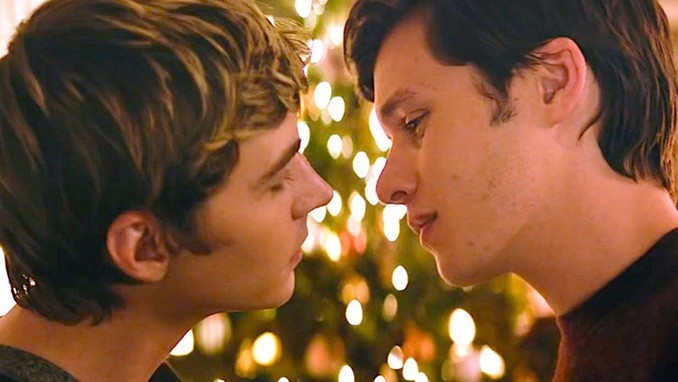 A few days ago, the MTV Movies & TV Awards 2018 took place, and it recognized the work of two male actors that the LGBT community didn't hesitate to applaud. The award received was a fan-favorite given to two boys for a gay love scene. The MTV Movie and TV Award for The Best Kiss goes to the movie "Love Simon".

Nick Robinson and Keiynan Lonsdale are the protagonists of this acclaimed and award-winning movie, playing the roles of Simon and Bram in the film directed by Greg Berlanti, which was released this year and became an instant favorite of the LGBT community.

In the film, there’s a romantic plot that tells the story of a gay teenager who falls in love through online with a classmate whose identity he does not know. When you discover who it is, the adventure begins. With a plotline like that, what member of the LGBT community would not love it?

Keiynan Lonsdale was grateful to receive the award at the MTV Movies & TV Awards 2018 on behalf of Robinson: "First of all, I know that Nick really wishes he could be here, because I know he would be very grateful for this moment." He finished his speech with an invitation for everyone to live without worries and to love fully: “You can live your dreams and kiss who you love, no matter what gender they are. You can live your dreams and believe in magic.” Then he finished: “You can be yourself. Thank you very much".

The actor that same night explained how important that kiss had been in his life because, right after finishing the shoot decided to "come out of the closet." Love Simon gave him the "push" he needed to finish accepting himself and understand that love is allowed regardless of the gender of the people.

So, if you haven’t yet seen “Love Simon”,  you should add this award-winning Best Kiss from the MTV Movies & TV Awards 2018 to your list of things to do over the weekend. This goes for everyone as well as to the entire LGBT community. We know you’ll like it, you’ll surely love it.