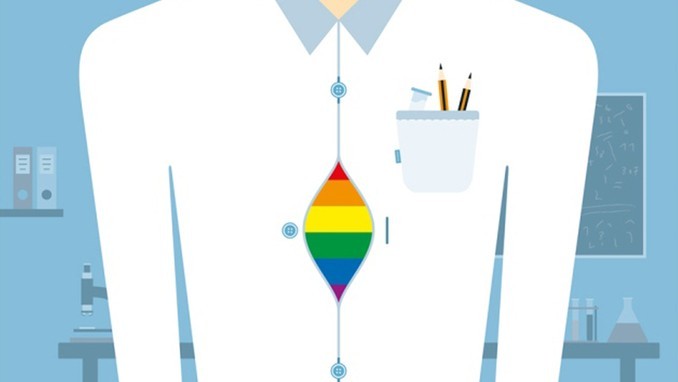 #LGBTScience Shows that We are Part of the Science Community

There’s much to be said about the role that the LGBT community plays in all parts of society throughout history. There have been many achievements and advances toward LGBT rights that have been crucial in moving our sometimes very conservative society forward. Interestingly, there was recently a Twitter account created dedicated to celebrating LGBT+ scientists all around the world by publishing general information about science topics and advances from these great scientists – they created the hashtag: #LGBTscience.

@BioTweeps is the Twitter account name that had the idea of creating the hashtag in support of the scientists in the LGBT community in order to let everyone know that the LGBT community is also part of the academic and scientific community. Members from the LGBT community have participated and made significant advances in STEM cell research, Technology, Engineering, Mathematics, and much more.

Upon its inception, @BioTweeps was represented by Robin Hayward, a Biological and Environmental Sciences student at the University of Stirling in Scotland, who among many things, sought to raise awareness of the work that the LGBT Community is doing on behalf of global companies and associations in the field of the sciences.

"LGBT+ people make contributions to all fields of science; however, many do not feel safe talking about their personal situation in a discipline that has always been known as an impersonal, bipartisan and objective field. What often happens in the scientific community, is that displaying your personal identity is seen as a direct opposition to the neutrality by which science appeals, even if it has nothing to do with actual academic work.” Robin Hayward says in one of his tweets #LGBTscience.

If you’re one of those thousands of people who work in the field of science toward the search for social benefit, it's time to join the hashtag #LGBTscience and demonstrate that the LGBT community resides within the scientific and academic fields and it’s a reality that not everyone knows.