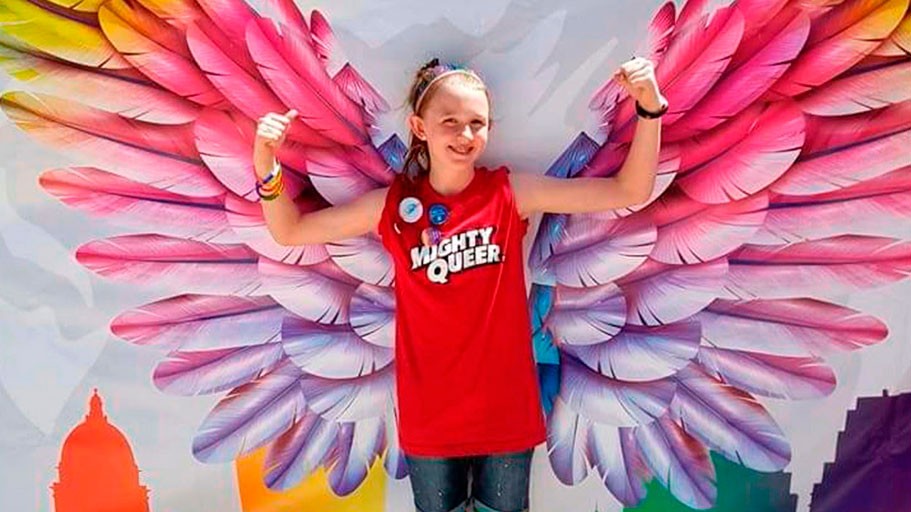 A few days ago a video went viral, it was about Savannah, a 12 year old girl who revealed in front of her mormon church she’s lesbian, in response she got her congregation's rejection.

In the United States, specifically in Utah, the girl prepared her testimony to read it in front of her family, friends and other believers in the Church of Jesus Christ of Latter-day Saints. She stood up to the microphone and started to read it, half way of her speech, she was silenced, it seemed to be a technical failure, but it wasn’t, they turned it off and one of the leaders asked her to seat down.

“God made me like this and that’s how He loves me. And I believe he did it on purpose, it is not a mistake and I didn't choose to be born like this”. That was part of Savannah’s speech.

A year after Savannah revealed to her parents and close friends she was lesbian, it was when she decided to free herself and share her feeling. She never thought about the reaction her church would have towards her.

The rejection she suffered, had obvious repercussions at the time, she felt sad about what her church did to her, but when the video became viral, thousands of people expressed their admiration.

According to the official rules of the Mormon Church, gay people are welcome with the condition of staying single. “I dreamed of getting married at the temple, but I felt really sad when I realized that it wasn’t possible for me”, she had commented in different interviews to the media.

Thanks to Savannah asking for her testimony to be recorded, is that everyone else was able to find out about it and so she was able to receive support messages from people in other countries. No doubt it was a very powerful lesson to all believers in her congregation.