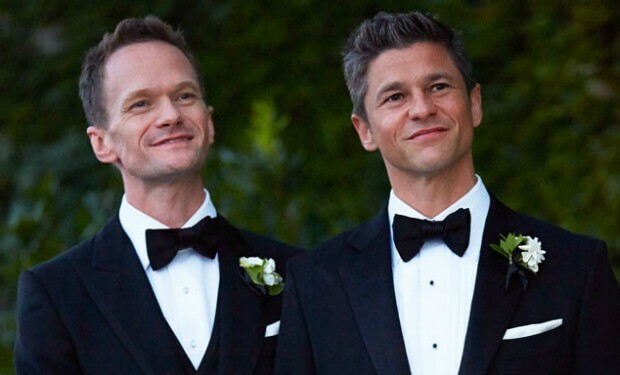 There are lots of famous people that have legally formalized their relationship with their same sex partner, especially in the United States, where gay marriage has been legal since 2008 in some states like California. Would you like to know which couples made their marriage public? Here we have a list of the most controversial ones.

In 2014 England legalized same sex marriage and that same year the musician Elton John and his partner, filmmaker David Furnish, decided to formalize their relationship after 9 years of dating and had a wedding full of glamour and personalities in the United Kingdom. Among their guests were David and Victoria Beckham, Ed Sheeran, David Walliams, Elizabeth Hurley, Ozzy and Sharon Osbourne, and many others.

Actress Cynthia Nixon, famous for the series Sex and the City, surprised her fans when married her partner Christine Marinoni after 4 years being together. Their intention was to get married in the protest march in pro of gay marriage in New York but since it was not legal yet, they had to wait until June 2009.

In 2011 actor Neil Patrick, known for his role in the series How I Met Your Mother, married his partner David Burtka after 10 years together. The ceremony was held in Italy and Elton John sang during the reception. Currently this couple has two beautiful children.

Actress and comedian Ellen DeGeneres became famous for being the first person to publicly come out of the closet while filming a series in the 90’s. After announcing her sexual preferences, her career changed drastically and had great success. In 2008 she married the Australian actress Portia De Rossi after 4 years together.

In Mexico there are a few states where gay marriage is legal, such as Nayarit, Jalisco, Colima, and Michoacán, among others. If you have plans of formalizing your relationship with your partner next year, we invite you to check out our services. In Almar Resort Luxury LGBT Beach Front Experience we take care of the coordination of your wedding and all the preparations for it. We have custom wedding packages and offer everything necessary to make your sea side dream wedding come true.