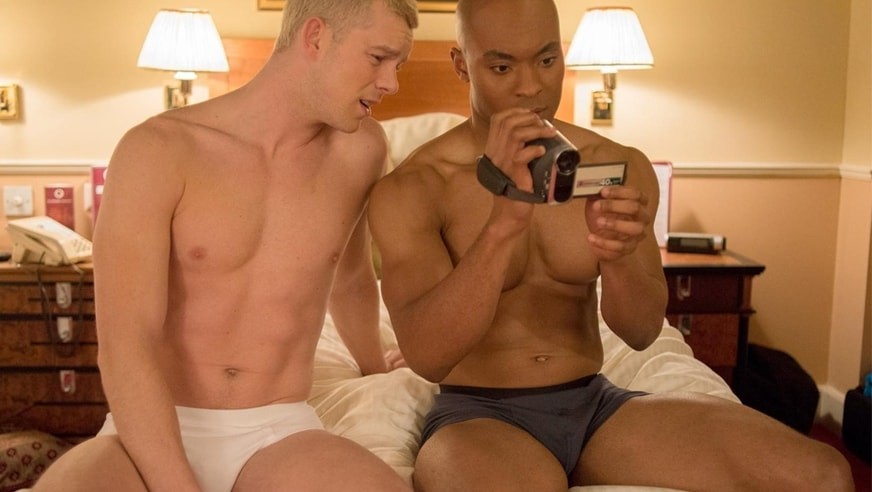 2017 left us many good things, including a list of movies we enjoyed. Excellent movies joined the Gay film industry, including one that was nominated in the Best Picture category for an Academy Award, and won! The best of all is that you can continue enjoying these LGBT movies on the web. If you haven’t seen them, take note of our recommendations and start enjoying them this very same weekend.

This gay-themed Mexican movie became the most watched film of 2017 and the fifth most watched national film in the country just a few days after its premiere. It broke records!

Director Nicolás López gathered in his cast Mexican talents such as Mauricio Ochmann, Aislinn Derbez, and Ariel Levy, among others.

If your thing is to support Mexican cinema, this is a good choice. It is a comedy that will make you have a good time.

Without a doubt, this was the gay movie most talked about worldwide in 2017. It was the winner at the Golden Globes as Best Motion Picture – Drama, and it obtained other five nominations. Although, the excellence was when it took the "big prize" on the night of the Academy Awards 2017 as the winner for Best Motion Picture. That night it also took the Oscars for Best Supporting Actor and Best Adapted Screenplay. Having these awards on its record, what else can we tell you? It’s a must to see it!

This is a dramatic and autobiographical film based on Tom's life in Finland -the Finnish graphic artist with the most influence in the gay community up to our date. While it didn’t win big prizes during the year, the recognition of the critics made us see it.

Gay movies have something for everyone, and this is an LGBT movie that you should not miss. It’s a production that we can assure you will love!

We warn you, it's a drama. A gay movie about two football (soccer) players, interesting, don’t you think? It’s a story of complicity and its consequences, of adolescence and ten more years in which their experiences are narrated.

The actors featured in it are Russell Tovey and Nico Mirallegro. Just look for the reference on the internet about these two handsome and talented guys, and you will want to watch it this same day. We are positive that it will become one of your favorite LGBT films.