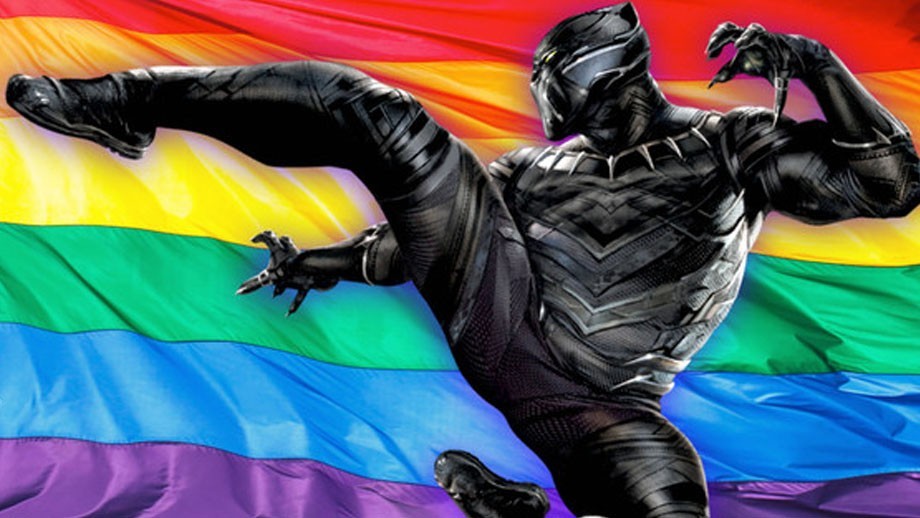 When the LGBT community found out that the upcoming Black Panther movie would include a gay scene, it was all the buzz! The fact that a production of that magnitude would give space for the inclusion of a romance between two people of the same sex is a huge step for the LGBT community. Unfortunately, the excitement was short-lived because the scene was dropped from the final cut of the film.

Omitting this sexy gay scene has created quite a stir around the world. Last year, the press had the opportunity to see a prescreening of Marvel's Black Panther, and reporters praised the fact that the topic of sexual diversity was played on the big screen. The original scene included two of the personal guards of the King of Wakanda, Okoye and Ayo, who, it was alluded to, were romantically involved.

After the LGBT community exploded with outrage about the elimination of this gay scene in the Black Panther movie, one of the film's co-scriptwriters was asked in an interview to weight in about Marvel's decision to remove the gay scene, to which he replied,

“I know that there were quite a few conversations around different things, different directions with different characters, and characters that we may have [had]. . . . The scene you’re talking about, I don’t remember. I can’t remember the exact exchange you’re talking about, but I think it was really brief. I’m not sure. I know that it was not – there wasn’t some major theme through that we were looking to explore with that in terms of the story. We didn’t like, pull out a full thread of some theme. But your friend quite possibly could be right, or I’m maybe having a brain fart here and just can’t remember.”

While the Marvel team claims to remember nothing about the censored scene from the Black Panther movie, the LGBT community has felt the wave of disappointment for what could have been the movie of the year for the LBGT community. In the history of their favorite superhero character, there could have been a scene or a gay romance would’ve been quite successful. Everyone would’ve felt accepted and could’ve identified more with the Black Panther movie, but Marvel with their decision to remove it was a huge disappointment. Poor decision, Marvel!