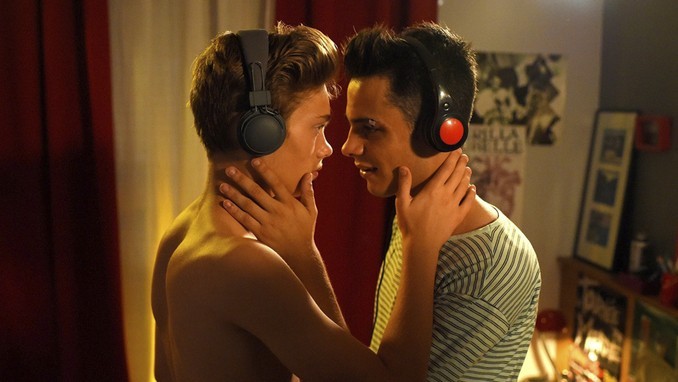 As always, we like to give you good recommendations, be it places to visit, LGBT-themed books, or LGBT Movies, count on us for the best information and reviews! We recently saw a gay movie that the LGBT community is calling one of their favorites, it’s a French production called: Besos Ocultos (Hidden Kisses).

Produced in 2016, "Baisers cachés" is its original title, translated into Spanish as Besos Ocultos or Besos Escondidos. The movie tells the love story between two teenagers who go to the same school. Yes, it’s a movie about first love, the one that is never forgotten that you learn from.

Now to give you more desire to see the movie, we’ll tell you a bit more: Nathan is a dark, gay boy and out of the closet while Louis is blond and is currently in a relationship with a girl. It all begins when Nathan enters a new high school and is a victim of bullying by his new classmates when they discover that he’s gay.

Nathan and Louis meet at a party, they are immediately attracted and they kiss and oh, surprise! Someone takes a picture of them kissing, they upload it to Facebook and yes, now the harassment begins for both of them. Harassment not only by his classmates, but also by Louis's own father who is homophobic and won’t tolerate his son to have a homosexual encounter. Louis has so much rage about his father’s reaction that he attempts suicide.

This is where the battle for love really begins.

We live in a world divided by religion, politics, gender differences and the only thing that can unite us is love. Will Nathan and Louis break down those barriers that prevent happiness?

The whole plot will cause you to reflect.

Is it due to a happy ending that the LGBT community has favored this gay movie? That, you’ll have to discover for yourself!

Besos Ocultos is a production that you have to see, it’s one of those films that the LGBT community adds to the list of the best gay movies.

The next weekend you have nothing planned but chill time, relax in bed and enjoy this film. We know that after seeing it you’ll have one more movie to recommend to your friends.